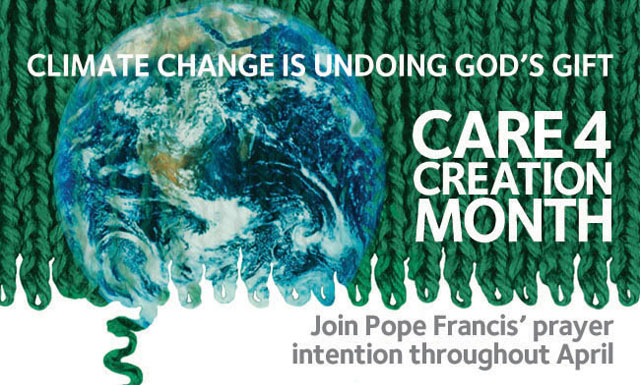 The Global Catholic Climate Movement is an international network of around 100 Catholic organizations aiming to mobilize Catholics around the world for climate action, in line with Catholic values, especially the protection of creation and all life.

In support of Pope Francis’s unique prayer intention for environmental protection – “That people may learn to respect creation and care for it as a gift of God”— the Global Catholic Climate Movement launched a groundbreaking initiative called  “Care4Creation Month”. The campaign was the first of its kind to engage Catholics globally around climate change as we countdown to the United Nations Climate Change Conference (COP21) in December .The movement completed a Lenten Fast for Climate Justice and offered a petition asking to keep global warming below 1.5 degrees C, in line with a letter from Catholic bishops on all continents, developed for the climate meeting in Lima.

Ethical Team provided PR, Communications & Media Consultancy to provide a range of stimulating online and offline resources. These resources aimed to make it easier for individuals, parishes, and religious communities to pray and act for the protection of the natural, and human environment whilst preparing for the Pope’s encyclical on this crucial agenda.

The Care4Creation Month campaign developed with the support of Ethical Team featured images of Pope Francis and a thought-provoking poster visual that shows the world unravelling before our eyes with the headline ‘Climate Change is Undoing God’s Gift’. These timely resources were developed to provide a clarion global ‘call to action’ to pray and act by enabling any individual or organisation to get involved. The online resources were sent direct to parishes internationally for sharing online and for distributing at a local grassroots level offline. This campaign and the growing momentum within the church is based on Saint John Paul II’s call for an “ecological conversion”.  The resources for parishes included posters, liturgical aids, daily meditations, social media assets and the first call to action of its kind to sign the online petition . 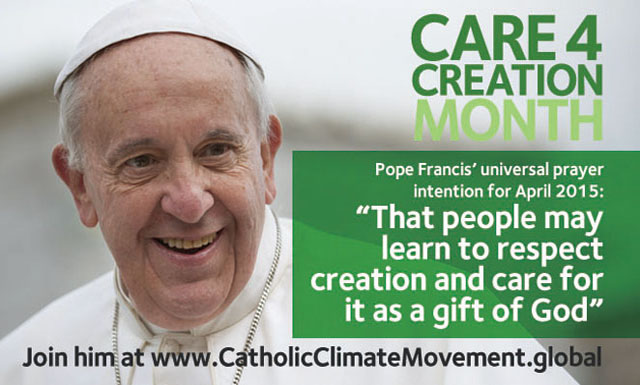 The group’s invitational letter to parishes states, “in April 2015 we would like to invite your parish community to join Pope Francis’ universal prayer intention for creation and prepare for his upcoming encyclical on ecology and climate change. Our concern for creation is above all a concern for life and what is life-giving.”

Bill Patenaude, a founding member of the Global Catholic Climate Movement and author of CatholicEcology.net commented “we eagerly join our voices to Pope Francis’s prayer intention for April. And we ask others to join us. And given that issues like climate change can cause division, we especially pray for unity within the Church and a willingness to act.”  The Global Catholic Climate Movement encourages parishes to organize special holy hours in April. 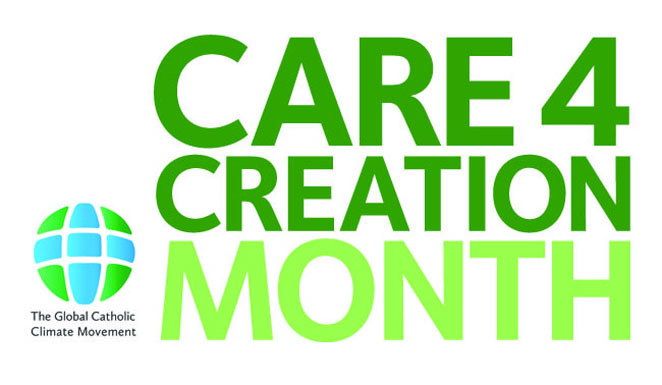